I LOVE ‘old’ in nature…like ANCIENT old! Whenever I visit Salt Spring Island I go searching for old rocks and formations. I was very pleasantly surprised when I came across this beach at the north end of the Island. At first I thought they were fossils but with the help of a couple trusted and very knowledgeable sources, I’ve learned that these holes in these formations are called ‘kettles’ and have been created by something called Honeycomb Weathering which involves salt water weathering away the rock. This process can only be created over the course of thousands and in the case of this beach, MILLIONS of years! This beach has existed since the Cretaceous period which was 65 to 145 million years old – dinosaur times and of course was all deep underwater.

Finding places like this inspires me so much. It’s hard to not feel completely connected to the earth and its energies.  I like to be reminded that most of the world used to be underwater which for me to think about is the equivalent of trying to grasp how many light years we are away from the stars and galaxies in the Universe. We really are tiny and all interconnected like a honeycomb. 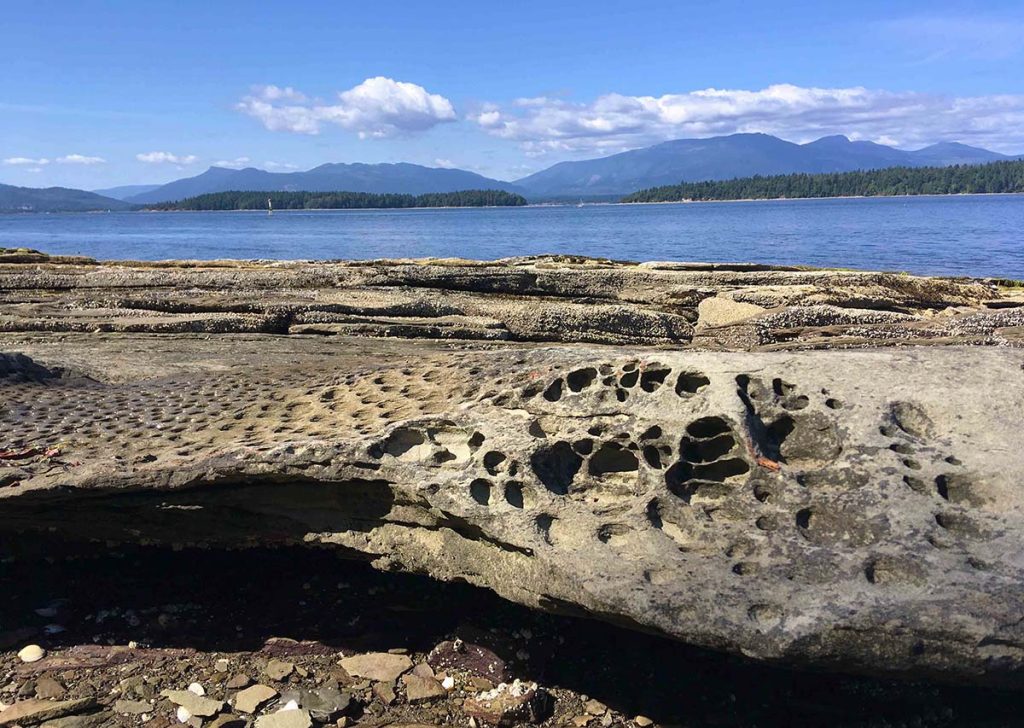