Many ancient civilizations built and formed structures aligned with the sky, stars, constellations and built them to align with the winter and summer solstices. Palatki Ruins in Sedona where I was last month is one of them. It was build by the SinAgua people about 5-6,000 years ago. As a visual artist (and human), I’m deeply fascinated and inspired by this alone. But more that they were so attuned to the sky and nature that they built their entire surroundings to live by and incorporate the Universal laws of Nature. I’ve heard and read about this for two decades and seeing this visually in person for the first time really blew me away.
Below, is the photo I took of the landscape and the others are taken of the wall behind me, inside the cave where I’m standing. 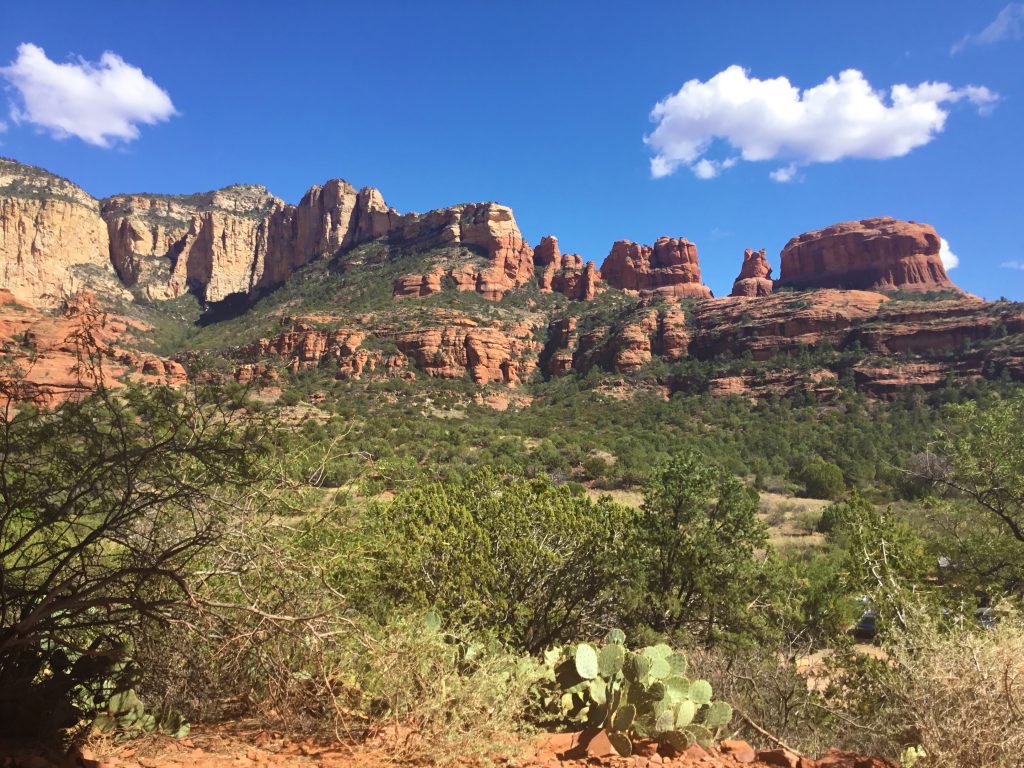 The one with the arrows shows the squiggly line that when you look closely and compare it to the real life photo, you’ll see it’s a cave drawing of the landscape, which the SinAgua people built out of sandstone, to align with the sky, the summer and winter solstices. 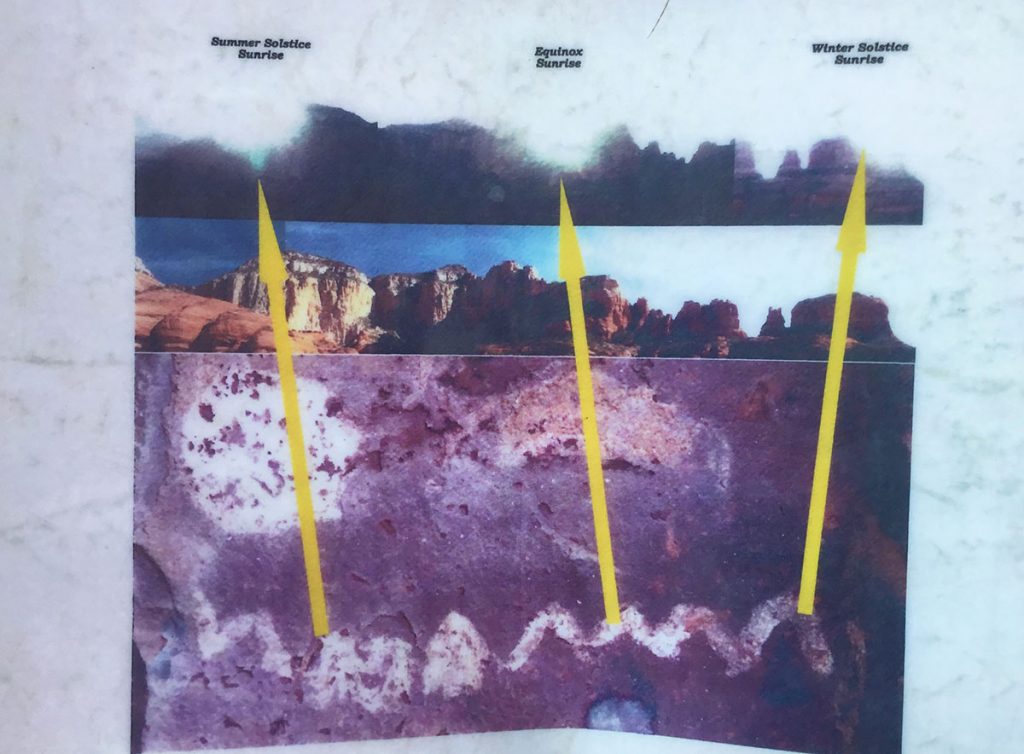 Of the petroglyphs on the cave wall are a ‘spaceman’ and an animal, difficult to specify, as they all seemed to look alike with oval bodies, legs and sometimes antlers. In the other photo is the squiggly line to depict what they saw right out their window, well out of their cave. 😉 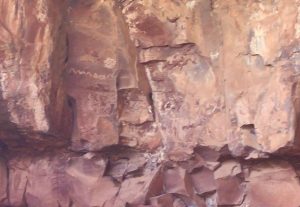 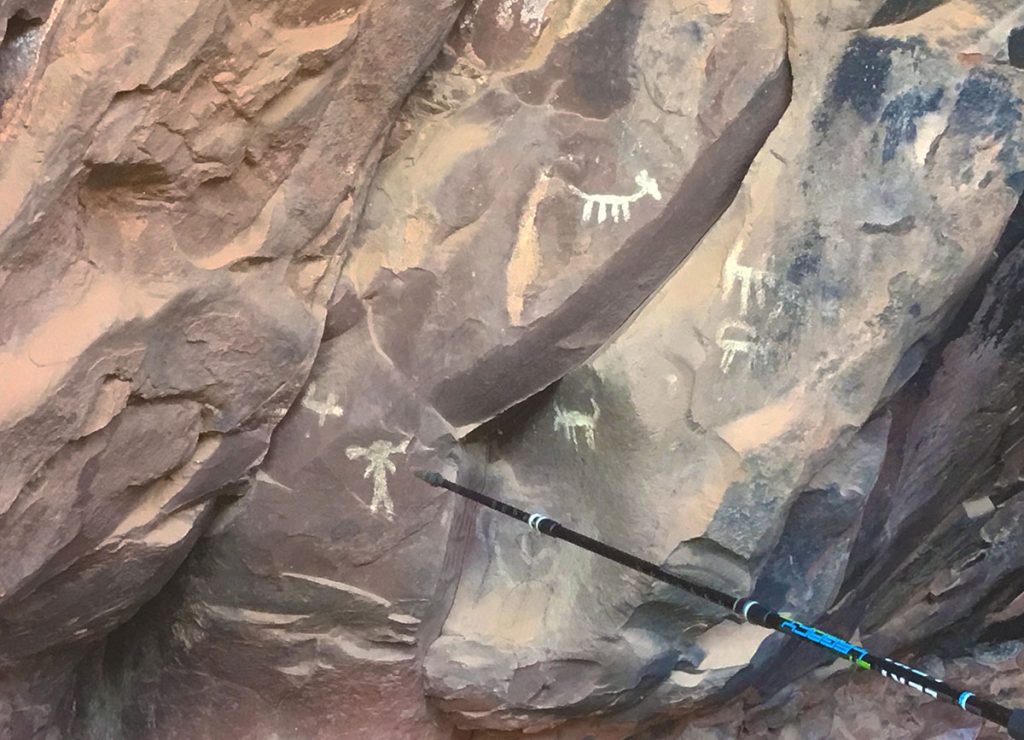 Cave drawings/Petroglyphs of Spaceman and animals at Palatki Ruins in Sedona, Arizona