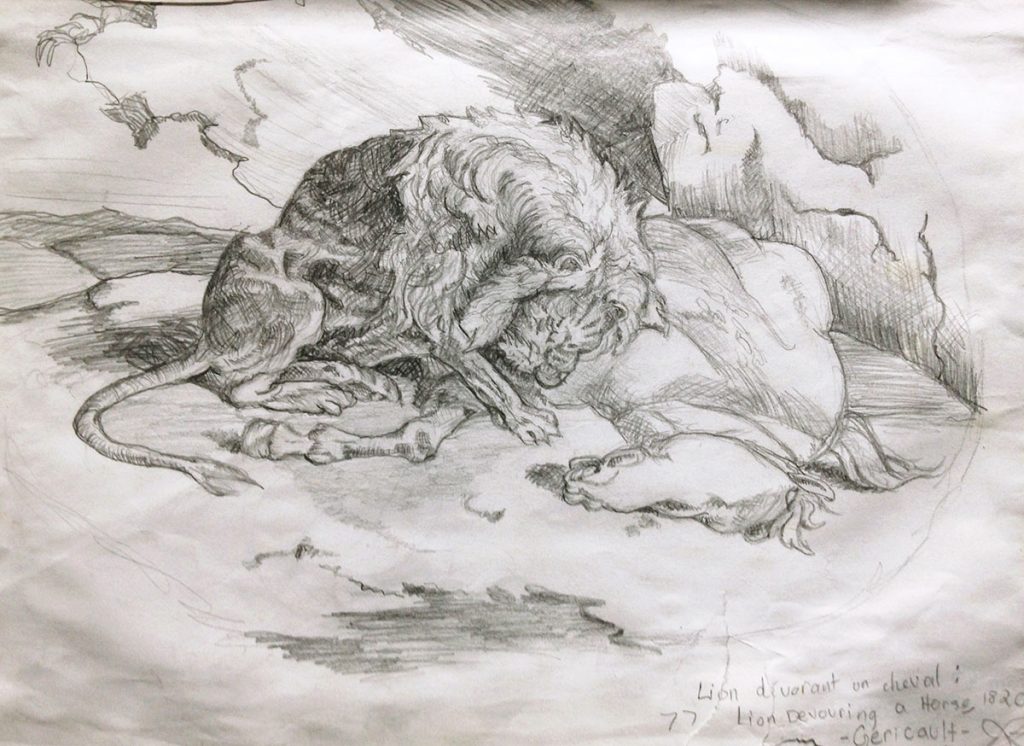 Lion devouring a horse, Pencil on paper, 8in x 10in, rendered copy of original drawing by Theodore Gericault, 1823.

A drawing I did when I was in Fine Arts in the late 90s. I drew this while looking at the original drawing by Theodore Gericault who was a renowned french artist from the Romanticism period in the very early 1800s. His work came to the BC Royal Museum in Victoria, BC.

Many have shared with me throughout my life that they somehow feel that if they copy an image that there’s something wrong with that or it’s not as good as an original. I spent years copying a variety of images in the early years of my art career dating back to my childhood. Then throughout high school and college, my copying already-rendered images became drawing from life (people, still lifes, nature, outdoors). ‘Copying’ whether frowned upon or not has been a MAJOR lesson for me with my art. It has helped teach me to how to see which is the secret to drawing well. I strongly suggest if anyone is interested in learning to draw, start by copying – anything and continue until you begin to feel more comfortable on your own.

It was interesting for me to copy a drawing from one of the masters of romanticism – the level of detail is out of this world. I could’ve stayed at the museum all day (maybe two) just to draw all of the details in that drawing but I had two hours to draw this.. The detail of the original is an understatement really…and that is why they’re considered masters.